There have been some interesting discussions on the author-critic dynamic of late.

This appeared on a now-defunct forum and I'm reposting with permission of the author. 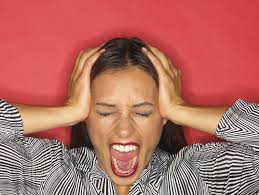 Because I’m such a muggle I can’t get myself a life sentence simply by uttering one of three different words or phrases. You know, crucio, or that one that sounds like abracadabra. As a writer though, I can get myself chased by a sizable horde of internet villagers, complete with pitchforks and torches, with a simple unforgivable phrase. For the wizard it’s all about the exact wording and pronunciation (it’s not leviosa, it’s leviosa), for the writer it’s less about the words and more about where you put them. If you place them in the comments section of a negative review... bang!

Now common sense and anecdote are sufficient to furnish a writer with the notion that replying to negative reviews is by and large a waste of time. The reviewer has an opinion, they’re perfectly entitled to it, and they’re incredibly unlikely to change it because of anything you’ve got to say about the matter.  Couldn’t convince them in 400 pages? 5 more lines isn’t going to swing it.

On the flip side, readers of the review will add their comments as invited, and many of them will have different opinions about the book in hand. We like to read those different opinions – that’s why the comments section is there. So why should a writer avoid commenting on a negative review of their own book? Answer: “Escalation”. It will often be the case that one comment leads to a reply and, step-by-step along a path paved with less-than-good intentions, the exchange descends into flames.

However, things seem to have moved on. Somewhere along the line the concept that a writer is ill-advised to comment on a negative review seems to have morphed into a law that a writer may not comment on a negative review, and that if they do they have committed some crime for which they must not be forgiven and must be punished. Even slight and innocuous incidents, occasions where someone who knows the writer might have commented, occasions where fans of the writer’s work may have commented, become celebrated events. Twitter lights up. Fevered messages are exchanged. The details are utterly unimportant – someone has committed the unforgivable crime and the troops must be marshaled  WTF, they say. The shops run short of exclamation points and question marks. It’s a fete day, people unfold their blankets and open picnic hampers to watch the train wreck. Indignant goodfolk declare they were on the very verge of buying that self same book but now wouldn’t piss on the writer in question were they on fire. The hit squad sets off for Goodreads to set up new accounts and dole out a ritual punishment of 1*s. It’s another happy day of righteous anger. 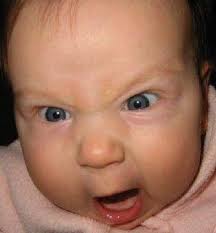 Rewind. The writer has done something that’s ill-advised because it may lead to an exchange that reflects poorly on them. They haven’t scanned and posted their klu-klux-klan membership card. They haven’t reversed over a baby and driven away howling with laughter... They haven’t yet even had a heated exchange that reflects poorly on them. The reviewer is happier than any Larry you care to mention because site traffic is through the roof and that the person whose book they didn’t like has taken the trouble to register their opinion. The reviewer is not sitting in a shaded corner surrounded by concerned well-wishers as they fan themselves and try to recover from the shock. They have not been intimidated by BIG WRITING.

Unprofessional!  scream the fevered masses. How dare this person open their mouth in the place where comments are invited? How can they live with themselves having let down the side and brought shame upon the well ordered ranks of famously conventional law-abiding folk that constitute the writing fraternity, those regimented pros who make the ancient order of chartered accountants look like wild anarchists on an acid trip. For shame. Weep. Were we only to bind the corpses of the world’s literary giants with copper wire the energy crisis would be finished, so fast must they be spinning in their graves at the thought of an unprofessional writer.

So here’s the thing. I’m not a rebel without a cause. I’m not saying look at me I’m craaaaazy, how cool is that. But I’m also not going to be dictated to about what I can and can’t say and where I can and can’t say it by the internet police, however self-appointed they may be and however shiny the badge they made. If I want to respond to a negative review - and 99% of the time I don’t – then I will. 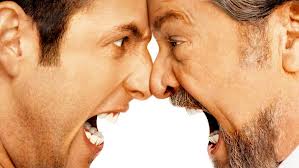