I have seen the epic satellite photo of the storm that's hovering over me right now, but all I get from it at the moment is sinus pressure. Still, in the spirit of cataloguing this historic event, I have begun to take pictures a few hours apart. Right now I've only two, this one 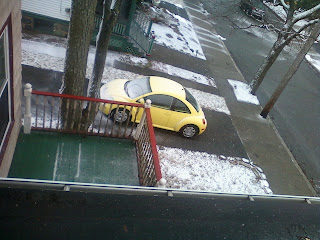 which shows my car shortly after the state of emergency was declared, and this one 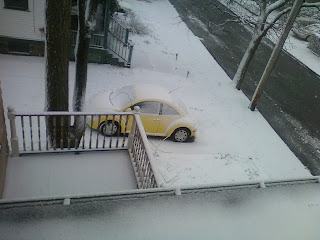 taken three hours later. Nothing too bad yet. If my car isn't so interesting here's a better picture my sister took from the attic with all our New England-y rooftops. 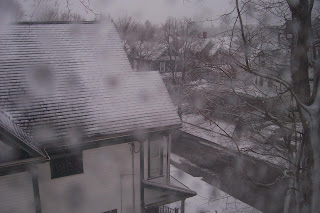 More later! The subway and commuter trains have already shut down for the day and nobody is allowed on the roads after 4. Should get interesting, or we have crawled to a halt for no reason.

Update: Well Nemo seems to be here. I took these pics 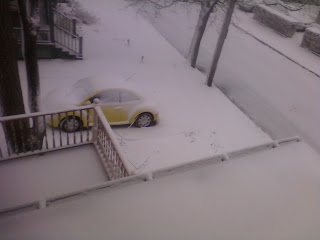 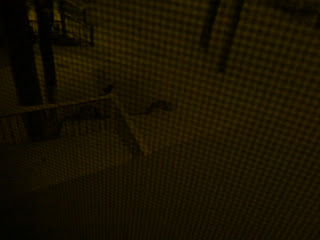 The first at 5:00, and there was very little change from 3:00. But just now (at 11) I could not get the screen open, for it was coated with snow and frozen shut. The biggest snows are supposed to fall between now and 5:00 am, twice as much as we got already. We'll see if that happens.

Well we certainly got a lot of snow, and it's still snowing as of 10:40 am. Here's what my car looks like now: 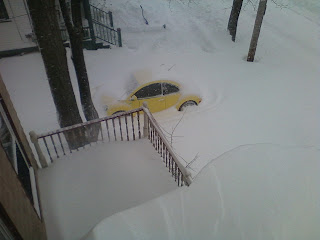